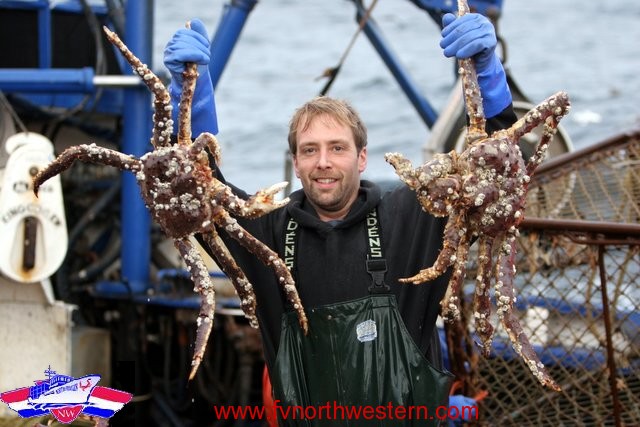 Most people don’t know this, but the most dangerous job in the world is fishing. Well, it’s actually king crab fishing in Alaska, but that is still a form of fishing. It turns out that the fatality rate among the workers in this field is about 80 times higher than the average fatality rate. This rate is with about 75% higher than the one for flight engineers, pilots and loggers. It is said that in Alaska one crab fisherman dies every week during each season. The most common causes of death among Alaskan crab fishermen are drowning and hypothermia. The operating of heavy gear and machinery while on the fishing boat can also lead to serious injuries. They make sure to have a driver take them back from the trip due to the amount of injuries they face.

King crab fishing seasons usually occurs somewhere in between October and January and they rarely have a fixed duration. There were times when a fishing season only lasted for four days, there were other times when they lasted for weeks or even months. The fishing fleet is somewhere around 200 boats but there are always new ones trying their luck each year.

The boats which can even reach up to 75 meters long are usually equipped with some type of hydraulic systems that make it easier for them to lift the catch. These hydraulic systems are especially built so that they do not freeze in the harsh weather conditions of the Bering Sea. In order to catch the king crabs the fishermen use metal cages which they call pots, that are usually thrown in the water filled with different types of bait such as cod or herring. The cages are commonly made out of a steel frame covered in nylon mesh. The empty pots can weigh up to 360 kg, so the hydraulic systems seem like a great idea. The cages or pods are dropped in the water in a straight line so that the fisherman can easily recover them.

Each captain decides where the crew will be fishing that season. There are often times when not all the cages are dropped in the same spot. Since one single boat can carry up to 300 pots, this actually does make sense. More than that, the pots are usually left for about two days on the sea bed so that they can gather enough king crabs. For many fishermen, the crab season only starts after they have tried multiple spots and decided on the one where there are the most king crabs. After the cage is collected, the caught crabs (if any) are sorted and the ones that are too small are thrown back into the sea. The ones that correspond to the standards are kept alive in a tank until the boat gets back to shore, where the crustaceans are sold.

Although it is considered the most dangerous job in the world, crab fishing can also be quite rewarding. After a good season the fishermen can return home with tens of thousands of dollars.

Copyright © 2022 Your Name. All rights reserved.